Do you want to visit the Old Church and New Church in Delft? Good news: with an entrance ticket for one, you can visit the other church. Another perk: the distance between both historical churches is easy to walk. Do you visit the churches by car? You can park in any garage, for example the Marktgarage. 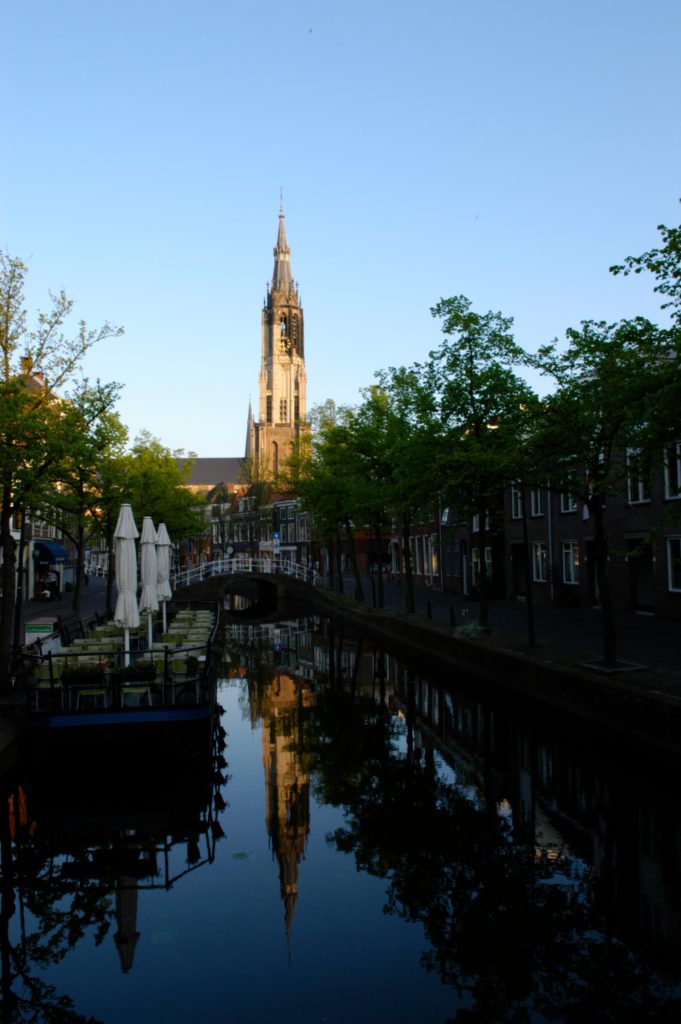 About the new church in Delft

It may be called the new church; the building is not new at all. The first construction of the New Church started in 1381. The wooden church with straw roof was initiated in 1382. Two years after this, they started to build the stone basilica around the church. At September 6, 1496, a hundred years after the first construction, the tower was finished. During the years the church is expended, parts are destroyed and restored again. Sinds 2013 they started the restoration of the Church. The roof was renewed, and the church heated. A lot of members of the Oranje-Nassau family are buried in this church. That started with the dead of Willem van Oranje in 1584. He was murdered at the Prinsenhof Breda, the place where the members of the Oranje family were usually buried, was at that time occupied by the Spanish people. Because Willem van Oranje had a residence in Delft, the New Church in Delft was chosen as cemetery. After Willem, 45 other members of the Orange family and the house of Oranje-Nassau were buried here. The last one was Prince Bernhard on December 11, 2004.

About the Old Church in Delft

Never heard of the Old Church in Delft? That’s possible. Under the Delft citizens, the church is also called Old Jan (‘Oude Jan’) or Crooked Jan (‘Scheve Jan’). It is – as you can tell by the name – the oldest church in Delft and is built in 1246. They still use the Old Church for church services on Sunday’s and Christian holidays. Striking for the Old Church is the crooked tower. The story is that when the first construction of the Church was planned, there was not a space to build the church. They probably took the water out of the canal and moved it to gain space. That’s why the tower is half build on sand and half build on stone. Result? A crooked tower because of constriction of the ground. In 1843 the Township wanted to demolish the roof of the church because of it’s risk to collapse. Local contractors have stopped this. The tower is restored at the moment: until July 2018 the tower is under construction.

Are you visiting Delft for a cultural visit? Then a visit in the New or Old Church in Delft can not lack. You will find more information about the churches here: www.oudennieuwekerkdelft.nl.

Cheap parking in the evening

Disabled parking places at level -1, near the lift and exit.