People know it as Museum Prinsenhof now, but in 1403 it started as the Saint-Agatha monastery. Why it is called Prinsenhof? After the reformation one of the columns is decorated as court for Prince Willem van Oranje. He used to stay here often and ever since the location is known as ‘Prince court’ (translation of Prinsenhof). Benefit: do you come to the museum by car? You can park it at the nearby Prinsenhofgarage. 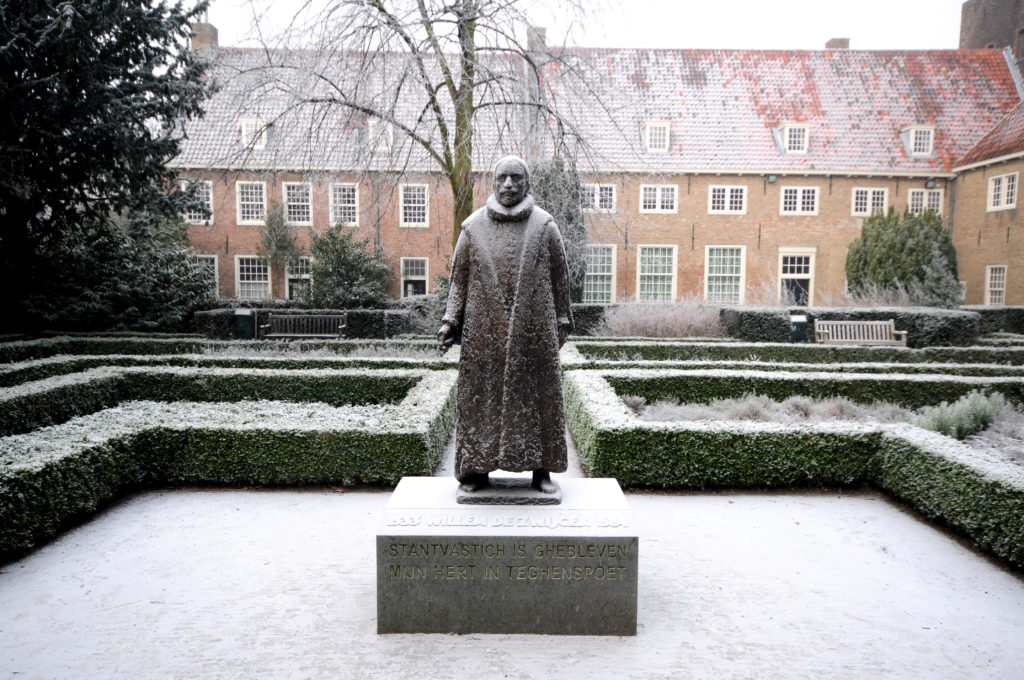 History of the Prinsenhof Museum

In the Middle Ages the Saint-Agatha monastery grew to one of the biggest and richest monasteries of Delft. During the time the monastery has household many services. After the Reformation the monastery was divided in different parts. One part of the chapel stayed as a religious area and the other part became area for the houses of nuns.

The building has been a court and monastery, but it has also been a Cloth Hall and the Latin School of Delft has been in the building for a while. Between 1932 and 1951 the Prinsenhof is restored to urban museum and ever since it’s called Museum the Prinsenhof (Prince court). The museum has a collection of pottery, paintings and information about the life or Prince Willem van Oranje. Highlight: the bullet holes in the walls on the place where Prince Willem van Oranje is murdered.